Planvesting was founded by Michael L. Gay, MBA, CFP®. Mike has been a DFA-approved advisor since 2006, a feat accomplished by only a small percentage of financial advisors. He has over three decades’ experience helping businesses and individuals attain their most important financial goals, and has been managing portfolios for affluent investors since 2002. He is a graduate, with distinction, of the University of Michigan’s Graduate School of Business, is a Certified Financial Planner™ professional, and is the author of Least Risk Investing: Avoiding Investing’s Most Common Pitfalls. He also has taught undergraduate courses in financial planning and investment management.

During the past couple of decades, Mike has helped countless investors discover a better way to invest and, in so doing, he’s helped them define a more secure financial future.

Planvesting is guided by the independent research and insights of some of the best-and-brightest minds in the industry, including: 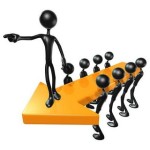 William J. Bernstein is a practicing neurologist, self-taught investor extraordinaire and – remarkably – one of the most proficient writers (and thinkers) on the topic of investment management. He has written several outstanding (and bestselling) books on investing, including The Intelligent Asset Allocator (McGraw-Hill, 2001), The Four Pillars of Investing (McGraw-Hill, 2002), The Birth of Plenty (McGraw-Hill, 2004), and The Investor’s Manifesto (Wiley & Sons, 2010).

John C. Bogle is the Founder and retired CEO of the Vanguard Group, one of the largest mutual fund companies in the world. Often credited as being the inventor of the retail index fund, Mr. Bogle has written numerous books on investment management including the classic Common Sense on Mutual Funds (Wiley & Sons, 1999). In 1999, he was named one of the industry’s four “Giants of the 20th Century” by Fortune magazine. In 2004, he was named “one of the world’s 100 most powerful and influential people” by Time magazine. That same year he was granted Institutional Investor’s lifetime achievement award. Almost everything he has written is worth reading.

Charles D. Ellis is recognized as one of the foremost experts on investment policy and investment management. He is, perhaps, best known for his (now proven) assertion (almost 40 years ago) that active investing had become a loser’s game. He has served as chairman of the Association for Investment Management and Research (AIMR) and as Director of the Vanguard Group. Ellis has authored dozens of articles on investment management and finance, as well as several must-read books, including The Investor’s Anthology (John Wiley & Sons, 1997), Winning the Loser’s Game (McGraw-Hill, 2000), and Capital: The Story of Long Term Investment Excellence (John Wiley & Sons, 2004).

Eugene Fama is the Robert R. McCormick Distinguished Service Professor of Finance at the University of Chicago. He is best known for his work on portfolio theory and asset pricing. His Ph.D. thesis concluded that stock price movements are unpredictable and follow a random path. As the author of the efficient markets hypothesis, Dr. Fama is widely perceived as the “father of modern finance” and he was recently award the Nobel Prize in economics for his ground-breaking work in asset-pricing and markets. He is also widely known for a series of papers co-written with Kenneth French describing the factors that characterize stock returns in terms of market capitalization and book-to-market ratio. Known as “The Fama/French 3-Factor Model,” this groundbreaking work inspired the founding of Dimensional Fund Advisors, one of the first companies to offer passively managed mutual funds.

Rick Ferri, CFA, founded one of the first, if not the first, low-cost investment advisory firms. A leading champion of low-fee investing, Rick is the author of 6 books and hundreds of articles on investing, Rick was a Forbes.com and Wall Street Journal columnist, and co-authored a white paper that won the S&P Dow Jones Indices’ 3rd Annual SPIVA award for a research report.

Burton G. Malkiel is the author of the best-selling A Random Walk Down Wall Street (W. W. Norton & Co.). In addition, he has authored or co-edited numerous other books including The Index Fund Solution (Fireside, 1999, with Richard Evans) and The Elements of Investing (Hoboken, 2010, with Charles Ellis). Dr. Malkiel is a past appointee to the Council of Economic Advisors, past president of the American Finance Association, and was a Director of the Vanguard Group for 28 years. He holds BA and MBA degrees from Harvard University and a Ph.D. from Princeton.

Nassim Nicholas Taleb is a self-described “epistemologist of randomness”. He is the author of The Black Swan (Random House, 2007), a book described by the Sunday Times as “one of the twelve most influential books since World War II”, Fooled By Randomness (W. W. Norton & Co., 2001), which has been dubbed “the book that rolled down Wall Street like a hand grenade.” and Antifragile: Things That Gain from Disorder (Random House, 2012). He has been a professor at several universities, a hedge-fund manager, a derivatives trader, and is currently an advisor for the International Monetary Fund.

For a copy of our Form ADV, please contact: planvesting@gmail.com.